Achieving Black Belt status in any martial art is often recognised as achieving success, but in Kuk Sool there is so much more to know about earning this belt. Kuk Sool Won™ is a traditional martial art, however the belt system that we use today was certainly not a system used in Korea in ancient times. It is interesting to know that the reason the colour black was chosen to symbolise a high grade or rank is simply because traditionally all students wore white belts when they first began their training, and the more they trained the dirtier their belt got. Ultimately the longer and harder a student had trained, the darker, and closer to black their belt became. The coloured belt system we use today was created to suit the Western world martial arts practitioners and to symbolise the length of training time by the darkening of the belts. You will notice as Kuk Sool students get closer to Black Belt status the colour of their belt gets darker. The belt level preceding black in Kuk Sool is brown with two black stripes running through the centre and an additional number of black tags on each end. This rank/belt is known as Dahn Bo Nim in Korean and translates to Black Belt Candidate. There are a number of conditions that apply to students hoping to achieve their Black Belt in Kuk Sool Won. Below we highlight some of the expectations of Black Belts at Claygate Martial Arts Centre. Claygate and Great Bookham now have over sixty actively practicing Black Belts. There are specific training classes for Black Belts taught by Master James and we all meet together twice a year to work on unification and to ensure all Black Belts are practicing correctly according to the system of Kuk Sool Won Association.

PREPARATION
There are different syllabus for Junior, Youth and Adult students in Kuk Sool Won, each specifying a different number of empty hand forms, weapons and self-defence techniques. There are six empty hand forms required for students to be able to remember and demonstrate. It is said that a Black Belt should be able to perform all of their forms in four directions without confusion and without becoming out of breath. A Junior student must remember and perform 122 different self-defence techniques, a youth student 171 and an adult 186 techniques.

In order to promote to Black Belt a student must spend a minimum of 18 months at Dahn Bo Nim level, earning black tags every three months at testings. Black Belt candidates must complete their first and final gradings at a national testing. A national testing takes place in front of the Grandmaster together with hundreds of other students from other clubs around the UK. It is also suggested that those grading for Black Belt level attend additional national testings alongside their regular quarterly club testings. Provided Master James has passed a student on their syllabus knowledge at least three months before possible promotion dates, and a student has also gained his approval for good attitude to training, then they may be considered for promotion. Being a Black Belt is not only an earned privilege, but also a responsibility. We highlight some of the responsibilities of our Black Belts. 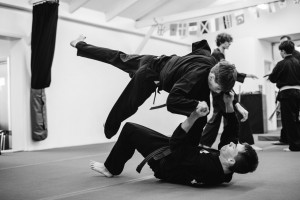 TRAINING
International WKSA rules state that a student must be training a minimum of twice a week in order to promote to Black Belt. Due to the demands put on our students by other sports clubs, we do allow some students to promote only training on a once weekly programme, however, these students must therefore train for double the length of time in order to make up the training hours. 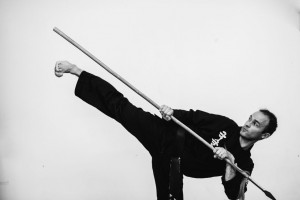 INSTRUCTING
Once a student has achieved the rank of first degree Black Belt, they are then taken off the testing process in order that they dedicate the next two years of their training to consolidating the memory and application of their forms and techniques. It is in this two years that the Association stipulates that for any Black Belt to promote to the next level/dahn, that they must gain regular teaching experience. A number of our Black Belts you will see taking on an active teaching role in classes. Most of our Junior and Youth students also achieve this requirement by becoming a learning support instructor or a token leader. Not only is teaching a great way to practice what the student knows, but we also feel it is a great way to give something back to the club. Helping others to achieve is a very important aspect of Black Belt life. Many people think that achieving Black Belt is the pinnacle of a martial artists journey, but it is often only when you reach this flagship, that you realise that this is only the start of a whole new beginning. 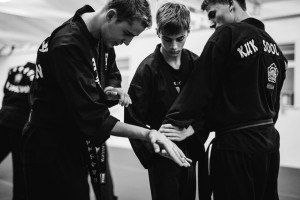 NATIONAL EVENTS
There are a number of events organised by the Association that all Black Belts are expected to attend. Every year the Grandmaster and his team visit the UK to teach Black Belt specific training workshops and seminars. It is not only advisable to attend, but also an expectation. Black Belts not in the testing process are also expected to attend national testings to help as a judge or assistant.

COMPETING
All of our Black Belts should compete regularly, in order to set a good example to lower grade students and to help improve motivation in their own training. Tournaments for Black Belts should be used a self-assessment activity, as opposed to an opportunity for winning or beating an opponent. Putting oneself in a pressurised environment is good for helping to cope with remembering the potentially life-saving movements and techniques in an unpredictable environment. Competing as a Black Belt also requires the student to perform additional more advanced skills such as wood-breaking and weaponry in front of a panel of higher level Master judges. 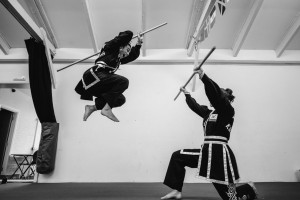 CONTRIBUTING
Perhaps one of the most important parts of becoming a Black Belt is developing a sense of gratitude and humility. We want our Black Belts to appreciate those that helped them in their journey to success and for them to feel like they want to give something back in order for others to achieve the same feelings. A Black Belt in particular should remember that Kuk Sool Won is a traditional martial art and that in old Eastern society students would dedicate their life to their Master or Instructor in order to earn the respect or right to be taught martial arts skills. It was not unusual, in the early days of Kuk Sool Won practice, for students to sleep on their Master’s dojahng floor in order to learn and train from dawn until dusk. You will often see our Black Belts wearing their Generals Uniforms at testings, demonstrations or tournaments. This aspect of their Kuk Sool journey is all voluntary and is a demonstration of their dedication and commitment to the art and indeed the club. 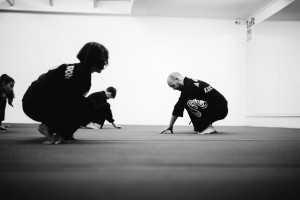 ATTITUDE
It is a common saying that “A Black Belt is just a White Belt that never gave up”. This saying is meant to motivate lower ranks so that they feel that becoming a Black Belt is achievable. However this statement also refers to the determination and will power that is required from a Black Belt to make it to the top. A Black Belt attitude should indeed reflect on all aspects of a student’s life and therefore Black Belts should display all the traits and characteristics such as honesty, trust, respect and discipline to the environments that they live in, for example in school, work or at home. Being a Black Belt means something different to everyone, yet fundamentally the attitude should be consistent with every martial artist, work hard, give everything and be thankful and humble. Adopt this attitude and you too will succeed. 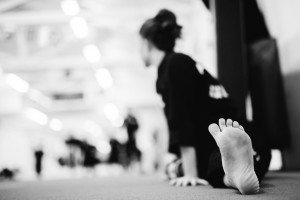 View all our locations

You can find out more about which cookies we are using or switch them off in settings.

This website uses cookies so that we can provide you with the best user experience possible. Cookie information is stored in your browser and performs functions such as recognising you when you return to our website and helping our team to understand which sections of the website you find most interesting and useful.

Strictly Necessary Cookie should be enabled at all times so that we can save your preferences for cookie settings.

If you disable this cookie, we will not be able to save your preferences. This means that every time you visit this website you will need to enable or disable cookies again.

This website uses Google Analytics to collect anonymous information such as the number of visitors to the site, and the most popular pages.